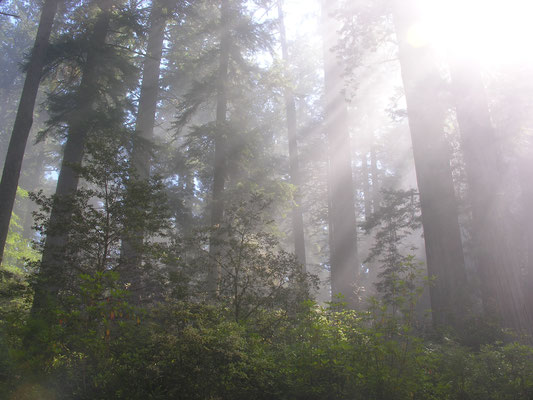 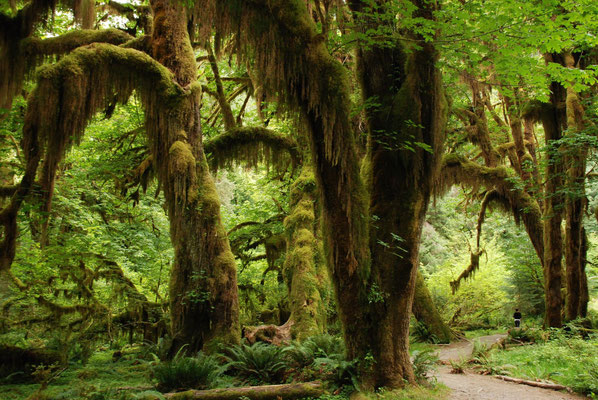 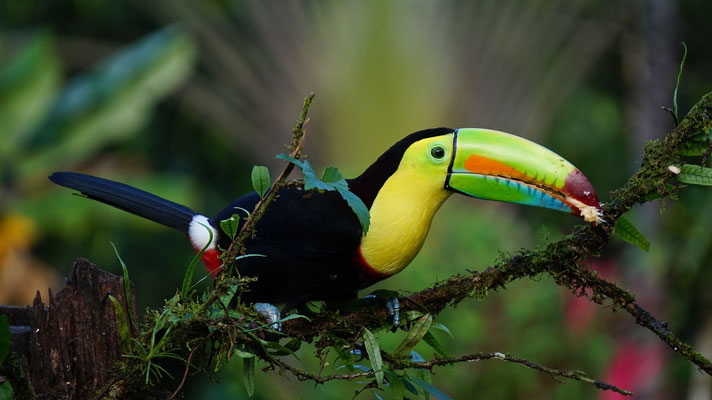 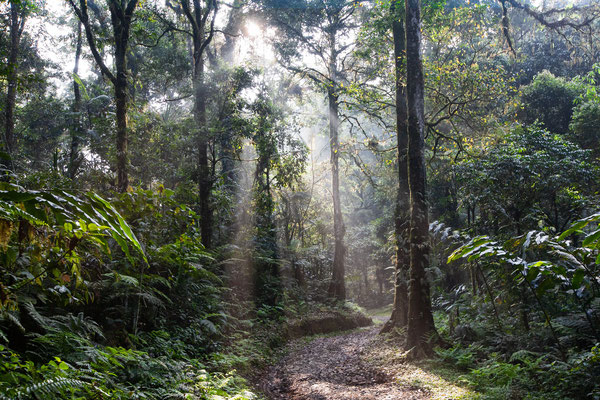 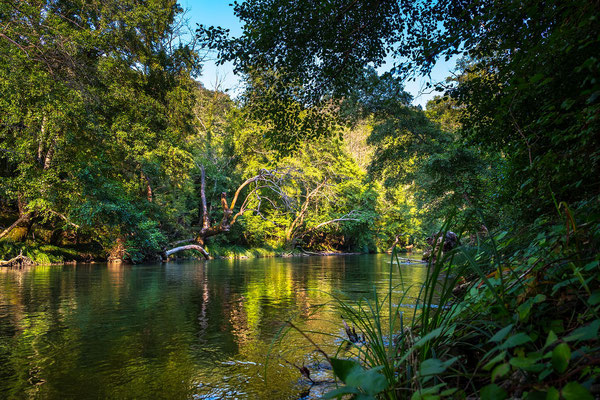 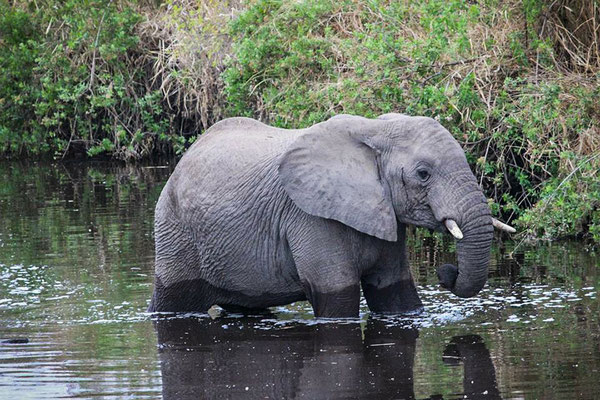 In the following we present some current and future funding projects that we will support together with you in the coming years. We are initially starting with the funding of five projects in three project regions, which are marked with the "Current funding project" button. You can support these projects with us by making a donation to our foundation account with the password "Rainforest", which we distribute to the various projects and organizations. Or you can contact one of the projects via their website and make a direct transfer to the organization concerned.

On both American continents there are a number of outstanding and fascinating projects that have been started by indigenous communities or organizations that work closely with them and some of which have existed for decades. Projects like these can be role models that can be implemented in a similar way on other parts of the world. Although the focus of our funding is more on Africa and Asia, we are still trying to be able to support some of these projects in America in the foreseeable future and to incorporate ideas and models of community-based nature conservation developed there into our project work in Africa and Asia.

Guatemala Since 1995, ACOFOP (Association of Forest Communities of Peten) has been working to protect and sustainably use more than 5,000 square kilometers of rainforest in the Mayan Biosphere Reserve. A unique model was created here of how sustainable, community-based forest use (community forestry) can look like. An important aspect of our own work is to develop models of how community-based forest use or nature conservation can be implemented - or to find such models that already exist. ACOFOP seems to be such a model.

Temperate rainforests are found in the temperate and boreal climate zones of the world in both the northern and southern hemispheres. The largest temperate rainforest is found on the northwest coast of North America. But there are also temperate rainforests in New Zealand, Japan, East Siberia, Norway, Ireland and others. We are involved in supporting the "Great Bear Rainforest" in western Canada and the Amur region in eastern Russia (circles).

We have a longer history with the Qqs Project Society, a project of the Heiltsuk tribe (Heiltsuk First Nation). Klaus Berger, head of the Rain Forest Center in Darmstadt, was active in British Columbia for many years and was a guest of various First Nations, worked as a volunteer and was involved in the protection of the rain forests. Among the Heiltsuk, he was a guest at a grand ceremony marking the erection of the first totem pole in Koeye Valley in more than a hundred years. By supporting First Nations projects, we want to make a contribution to protecting the most species-rich rainforest outside of the tropics and to preserving the indigenous cultures in this region.

The large African forest regions extend on both sides of the equator from the rain forests of the west coast through the central African rain forest of the Congo Basin to the dry and rain forests of East Africa. The dry forests are much less well known than the rainforests and yet they support far more people and wild animals. The Miombo forest, for example, is the largest forest area and extends south of the rainforests over almost the entire continent. The forests are mostly destroyed from the peripheral areas, from where use and urban sprawl penetrate into the forest. We are involved with two funded projects in the African forest (red dots), one project in the heart of the Central African rainforest, one project on the outskirts in eastern Kenya to investigate whether and how forest decomposition processes can be stopped or even reversed.

The protected area on the Sangha River (TNS) is a cross-border rainforest protection area in the three countries of Cameroon, the Republic of Congo and the Central African Republic and is considered the most species-rich protected area in the African rainforest, consisting of the 2 national parks Nouabale-Ndoki and Lobeke, the protected area Dzangha- Sangha and an extensive buffer zone around the parks.

In connection with the protected area, there are numerous conflicts between nature conservation and human rights organizations regarding the Baka who traditionally live there, who were often forcibly resettled when the protected areas were established. Above all, we try to support projects by organizations working there that respect the land rights of the Baka and include them in the protection concepts as far as possible. We hope to use this to get in touch with projects and organizations that work directly with the Baka.


The Ogiek call themselves the keepers of the forest and work to preserve it. Two very special elephant populations live in both the Mau Forest and the montane rainforests of Mount Elgon. While African forest elephants, which otherwise only live in the Congo rainforest, occur in the Mau, savannah elephants live in the mountain rainforests of Mount Elgon. These are the only elephants in the world that "mine" by digging for salt in the mountain's caves. With our project we would like to contribute to the protection of these elephants as well as assist the Ogiek in regaining their land rights and hope to combine both. The third forest in our project region is the Kakamega, Kenya's last lowland rainforest. The Kakamega has shrunk from 300 to 30 square kilometers within 100 years as a result of illegal logging and urban sprawl through agricultural use. Here we promote projects for the energy-efficient use of wood in order to stop further deforestation and enable reforestation.

Fascinated by the work of biologist Dr. Alan Rabinowitz and the organization Panthera, who were planning a tiger corridor that would connect the most important remaining tiger habitats from the southern Himalayas to Southeast Asia, we began funding the first projects in some of the project countries along the planned corridor in 2013. It turned out, which was particularly interesting for us, that the tiger regions were almost identical to the areas of the last major elephant populations. Right from the start, we tried to find and support additional projects that would benefit the people in the project regions. This resulted in our first project "Tigers, Elephants and People". Today, we still strive to find and support community-based conservation projects and small, local conservation organizations along this corridor idea.


The Prey Lang Forest in northeastern Cambodia is Southeast Asia's largest remaining lowland rainforest and is considered the Amazonia of Southeast Asia. The forest covers about 5000 square kilometers and is located west of the Mekong River. It is home to 250,000 residents, many of them indigenous Kuy people, as well as numerous endangered animal and plant species. For a long time after the end of the Khmer Rouge, the Prey Lang had no conservation status and was severely damaged by logging. Parts of the local population founded the Prey Lang Community Network to protect their forest. There is now a protected area that includes parts of the forest. But in Cambodia, forests also fall in protected areas, as the following film about Virachey National Park in northern Cambodia shows. We support the Prey Lang Community Network and the Kuy in their efforts to protect the part of the forest that still exists, with reforestation measures and with possible networking with other still existing forest regions in Cambodia.

On both sides of the border between Thailand and Myanmar (Burma) there is a hilly forest area of almost 180,000 square kilometers. This corresponds to about half the area of Germany. It is known under the name Dawna Tenasserim. It is also called the land of cats, because seven, maybe eight, of the eleven cat species found in Asia live here. In addition to tigers, you will also find leopards, clouded leopards, Asian golden cats, marbled cats, Bengal cats, jungle cats and perhaps the rare fishing cat. But numerous other large mammals such as Asian elephants, gaur, banteng, Asian wild dogs and the Asian tapir can also be found here. This is where the indigenous Karen people live. Their traditional agriculture includes wet rice cultivation, rotational upland farming, and a variety of agroforestry systems, including orchards. The Karen areas are among the healthiest natural ecosystems in Burma and Thailand. Here we support projects of the NGOs Karen Wildlife Conservation Initiative  and  Karen Environmental and Social Action Network.

Temperate rainforest on the Amur River in Eastern Siberia

One temperate rainforest is located far to the east of the Eurasian continent on the borders of China and Korea in Siberia (small circle). Home to two of the world's rarest big cats, the Udege people, one of Asia's indigenous peoples, are working with scientists and conservation organizations to save these rare cats.

A rainforest at - 45 degrees winter temperatures? Only those who have seen the forests on the Russian side of the Amur in summer can understand this forest as a rainforest. Not the temperature, but the amount of precipitation and the abundant presence of water make a forest a rainforest. In this forest in the extreme southeast of Russia on the border with China, fauna and flora of the taiga, the boreal zone, meet species from the subtropics of Korea. This forest has produced a very unique fauna with elk, brown and black bears, musk deer and two of the rarest and most endangered big cats on earth, the Siberian tiger and the even rarer Amur leopard.

Currently we support two projects in the region:

our own project work

Forests and People Network and the work of the Rainforest Center in Darmstadt, Germany


In addition to our information and educational work in the Rain Forest Center in Darmstadt, we are working on setting up the Forests and People Network to support the projects and organizations presented above and also to create a basis for mutual exchange. If you would like to support our work at the Forests and People Network or the Rainforest Center, we would be happy to receive your donation.

You can support our foundation project by making a donation to our Foundation account password "Forests and People".

You can support the other projects with us by making a donation to our Foundation account password "Regenwald", which we distribute to the various projects and organizations. Or you can contact one of the projects via their website and make a direct transfer to the organization concerned.